Skip to content
Previous Next
The World Queen of Bananas

The World Queen of Bananas

Have you ever heard of the World Queen of Bananas?

Maybe you were never made aware of her. But the question must have had you thinking of a perfectly-shaped, yellow, tight and delicious banana as the queen of all of them.

However, the World Queen of Bananas is not a banana and does not even look like a banana. Neither is she the longest reigning living monarch feeding bananas to elephants.

The World Queen of Bananas is a long-standing, Latin American tradition from El Oro province, Ecuador.

It consists of a beauty pageant organized by the main banana exporters, which started in the early 1960s as part of the Machala Banana Harvest Festival. By 1985 it had become an international contest, with participation of candidates from many countries, though restricted only to banana growing regions that produced, exported or consumed bananas. The same applies to other similar pageants, like the Queen of Oranges in Argentina, the Queen of Melons in Mexico, or the Queen of Wines in Germany.

In the course of the Harvest Festival a King of Bananas is also chosen. But, interestingly, the King cannot wear a crown; the King is the best and most beautiful of all the banana bunches harvested that year.

Why Machala as the competition headquarters, that´s the question 😉

It should be pointed out that, since its creation, the venue of the competition has always been the world capital of bananas: Machala. And what makes the capital of El Oro province so special in this matter? The reason is its geographical location. Because of its unique location in southern Ecuador, Machala enjoys a warm climate, with stable temperatures all year round. Moreover, the city has all the required transportation facilities, bananas being shipped worldwide from its port of Puerto Bolivar. In fact Puerto Bolivar is best known as one of the largest shipping ports for this precious fruit. 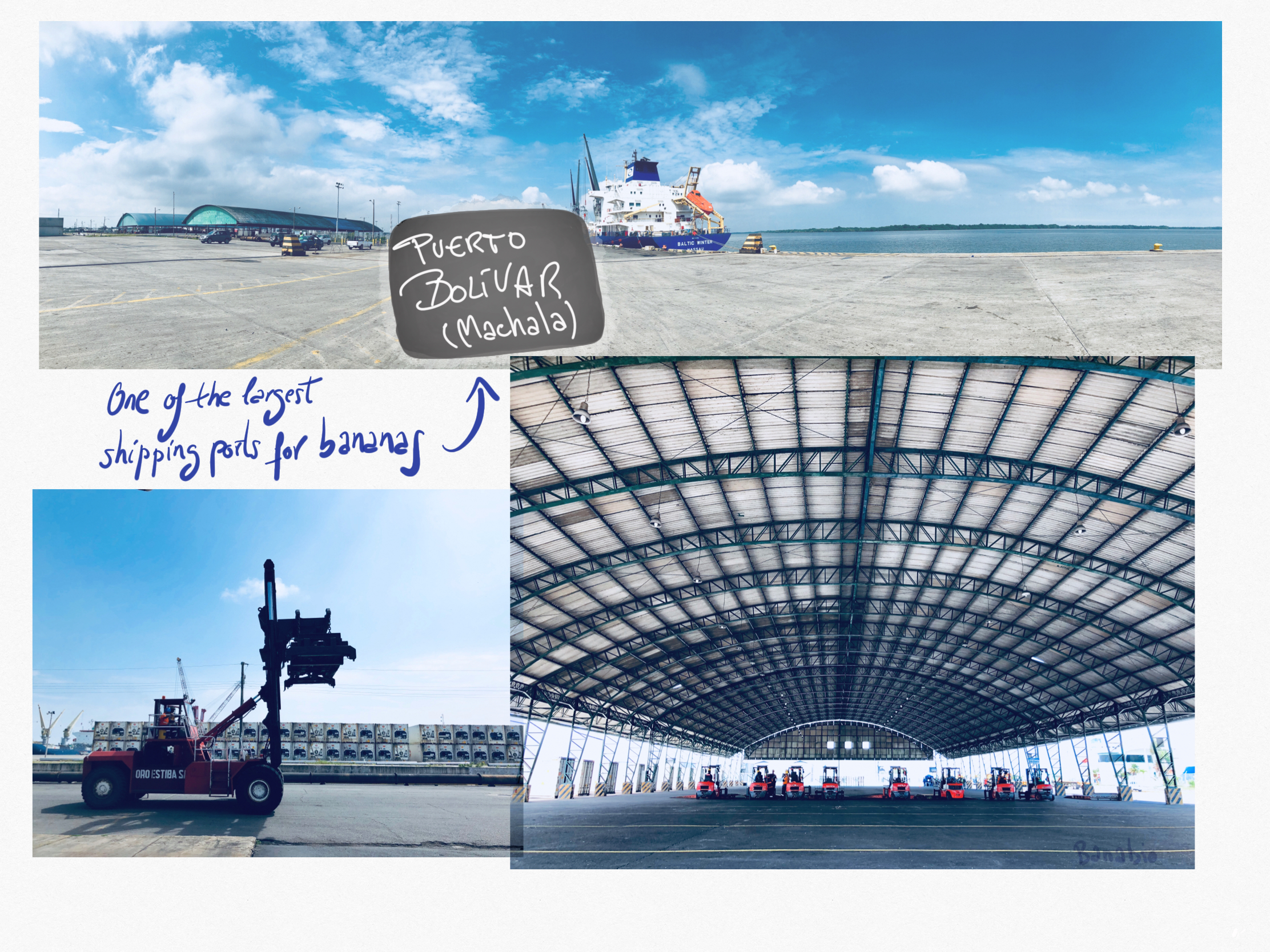 The purpose of the beauty pageant is to promote Ecuador as the leading exporter of bananas and the World Queen of Bananas is also committed to fostering tourism in the region.

And just as Nature can produce wonderfully tasting bananas that are not always perfectly shaped, maybe one day the future Queen of Bananas will be crowned not only for her beauty, but also for the successful running of the business ;-).